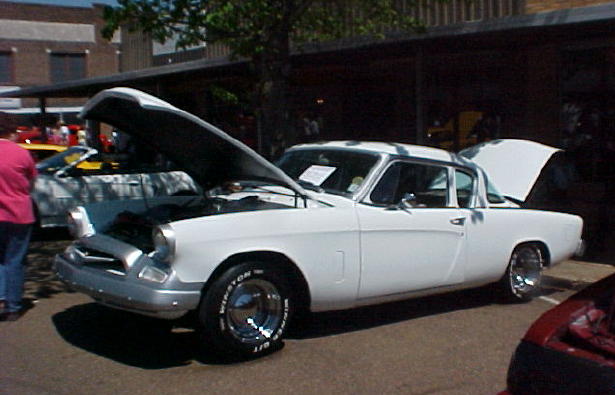 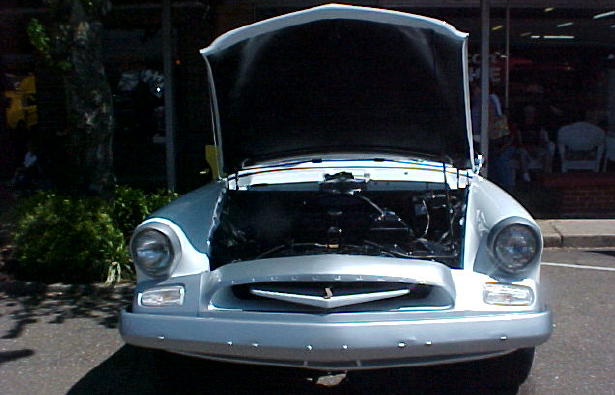 This is a 1955 Studebaker Commander.  I felt some empathy with this one, since I’m driving and showing an “orphan” now, too. 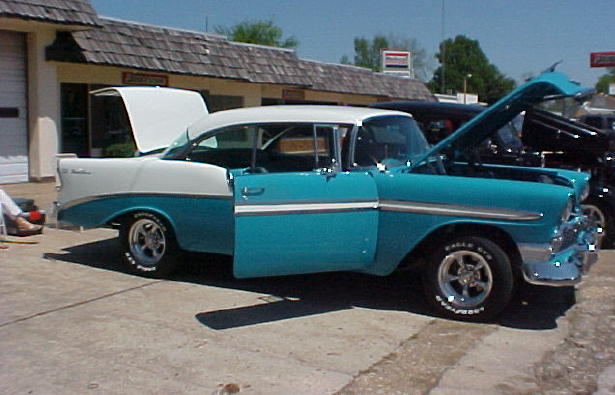 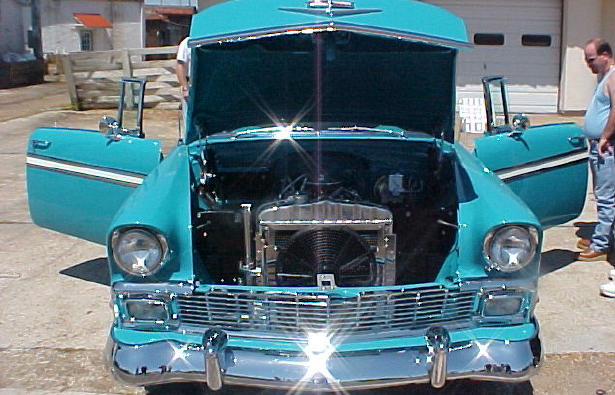 This 1956 Chevy Bel Air is a one-owner car.  The man and his wife brought all their kids home from the hospital in it, and after the last one got out of college, they got the car restored and have been showing it ever since.  The chrome was all perfect… 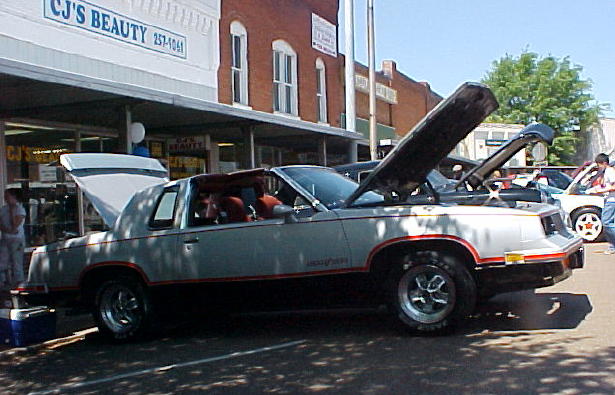 The first time I’d seen an ’84 Hurst/Olds outside of an OCA National meet was at this show.  Nice car.  The owner was glad to hear that repro stripes are available, because he definitely wants to get it painted.  He came in Third in the 1973-1991 Production Class.  The Pontiac 2+2 which can be seen at http://newmand.oldsgmail.com/carshow.htm took Second.  Two Oldsmobiles and a Pontiac placed in a class with ten entries.  Not too shabby. 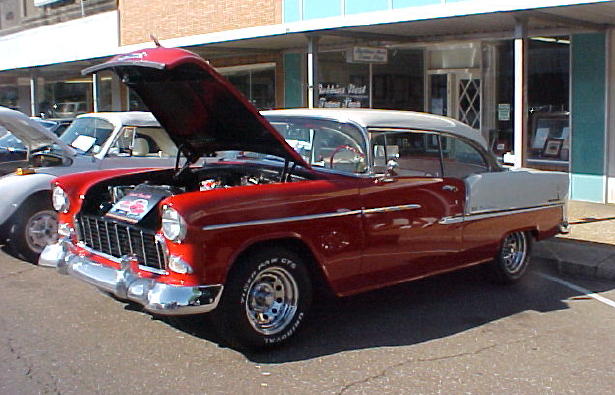 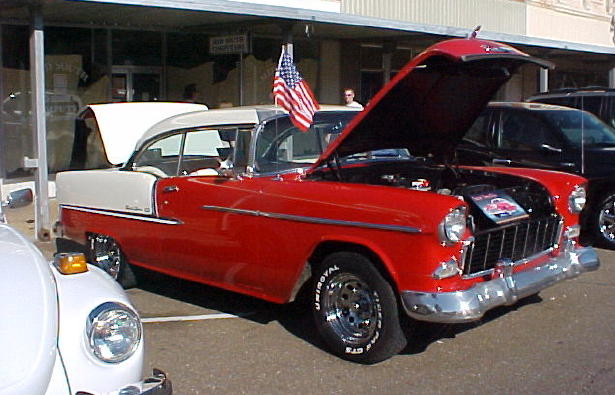 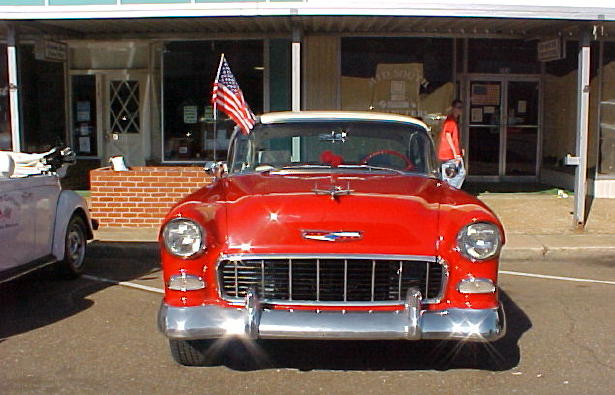 This 1955 Chevy Bel Air is owned by Carl Ulmer, a member of our local car club.  You wuz robbed, Carl. 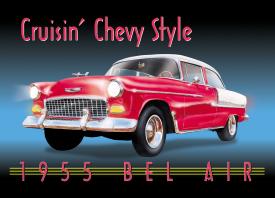 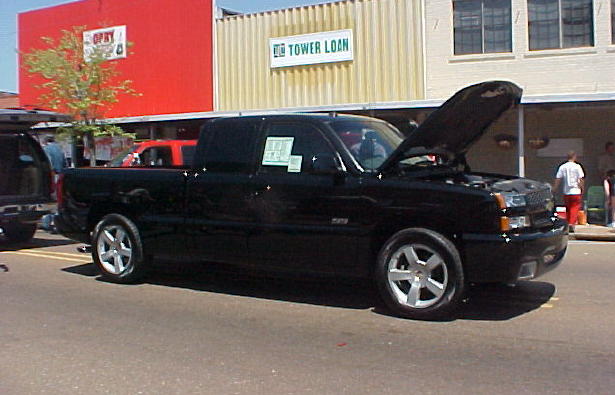 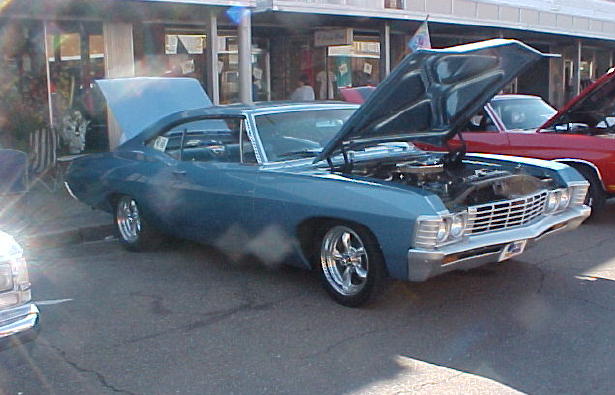 This 1967 Chevy Impala (Modified) is owned by Bob Smith, another member of our local car club.  You wuz robbed, too, Bob. 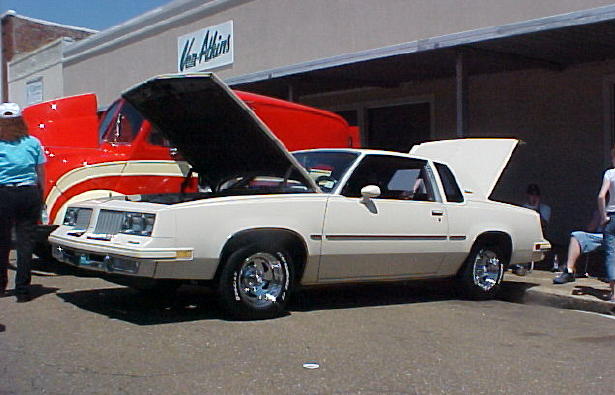 This 1984 Cutlass Supreme is a daily driver.  It was a very nice ride, and I hate that the young man’s car didn’t place.  Out of 207 total entries, four were Oldsmobiles, and they were all in the 1973-1991 Production Class.  I didn’t get a photo of the 1973 Cutlass Supreme, because it was packed in so tight between two other cars that I couldn’t get a decent shot of it. 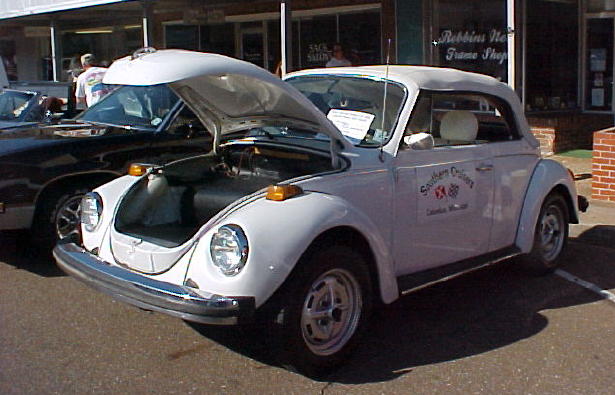 A 1979 Volkswagen Beetle convertible owned by Mike Corbell, who is also a member of our local car club.  Guess what?  Mike was robbed, also. 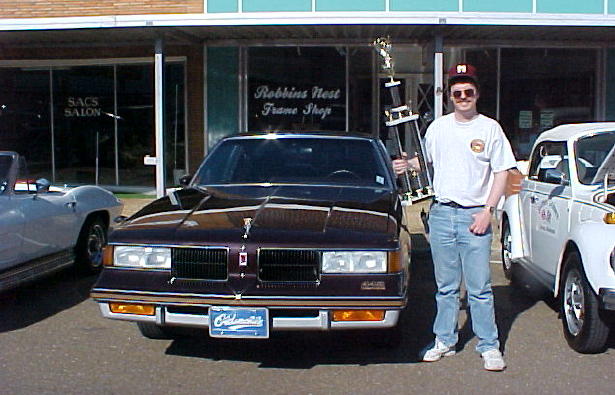 I have no idea who this goofy-lookin’ dude is standing next to my car holding my trophy.

The ’64 Corvette convertible that can be seen in the left of the photo was the only other one of the six cars that our club took to the show that placed.  Don Rainwater’s ‘Vette got a First Place trophy, also. 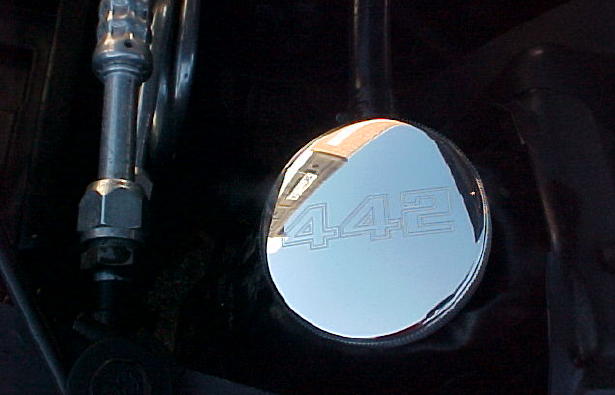 This is a tight shot of the custom-engraved “442” radiator cap that’s available from Mark Hueffman in the OldsGmail.com store.  It’s received a lot of favorable comments.